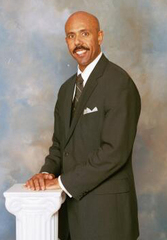 Edgar De Leon is a graduate of the Fordham University School of Law (J.D.) and Hunter College (M.S. & B.A.). He has worked as a Detective-Sergeant and an attorney for the New York City Police Department (NYPD). His assignments included investigating hate-motivated crimes for the Chief of Department and allegations of corruption and serious misconduct for the Deputy Commissioner of Internal Affairs and the Chief of Detectives. While assigned to the NYPD Legal Bureau, Mr. De Leon litigated both criminal and civil matters on behalf of the Police Department. He conducted legal research on matters concerning police litigation and initiatives and advised members of the department on matters relating to the performance of their official duties. Mr. De Leon has counseled NYPD executives and law enforcement and community-based organizations domestically and internationally concerning policy and procedure development in police-related subjects, including cultural diversity. In 2005, Mr. De Leon was part of an international team that traveled to Spain and Hungary. Working under the auspices of the Office for Democratic Institutions and Human Rights (ODIHR), a subdivision of the Organization for Cooperation and Strategy in Europe (OCSE), the team drafted a curriculum and implemented the first-ever training program for police officers in the European Union concerning the handling and investigation of hate crimes.

In January 1999, Mr. De Leon retired from the NYPD with the rank of Sergeant S.A. (Special Assignment) and began his private law practice. In 2003, he was one of the founding partners of De Leon & Martin, PLLC, now known as The De Leon Firm, PLLC. The firm practices in the areas of criminal defense, matrimonial/family law, and employment and general litigation matters. The De Leon Firm, PLLC works on a per-diem basis representing members of the NYPD Patrolman’s Benevolent Association. Mr. De Leon also serves as Impartial Hearing Officer for the New York State Department of Education, where he adjudicates claims arising under the Individuals with Disabilities in Education Act (IDEA).

Mr. De Leon has served as a member of the advisory board of the Advanced Systems Technology Corporation (AST) located in Lawton, Oklahoma and Instructional Systems Incorporated (ISI) located in Hackensack, New Jersey. He counseled both companies in legal and related issues regarding computer-based training in the area of cultural diversity for the law enforcement community and private security industry nationwide. Mr. De Leon also served on the Board of Directors of Loisaida, Inc., a not-for-profit corporation founded in 1979 to address the problem of social and economic disenfranchisement of poor and low-income residents in the Lower East Side of Manhattan. He remains of service to the organization as a “Friend of Loisaida.”  In September 2003, Mr. De Leon was appointed by the Mayor of the City of New York Michael R. Bloomberg to serve on the Mayor’s Committee on City Marshals. Mr. De Leon also served as the President of the Puerto Rican Bar Association (PRBA) from June 1, 2004 to June 1, 2005. All PRBA Presidents serve a one-year term. In June 2012, Mr. De Leon was elected to the Board of Directors of Equal Justice USA (EJUSA).  EJUSA is a national, grassroots organization working to build a criminal justice system that is fair, effective and humane, starting with repeal of the death penalty and increased services to families of homicide victims. Mr. De Leon has also served as a legal analyst and frequent guest on Court TV and the WWRL radio show Legally Speaking.